'The Lawn', a house that was situated in the woods at the bottom of Mersey Road 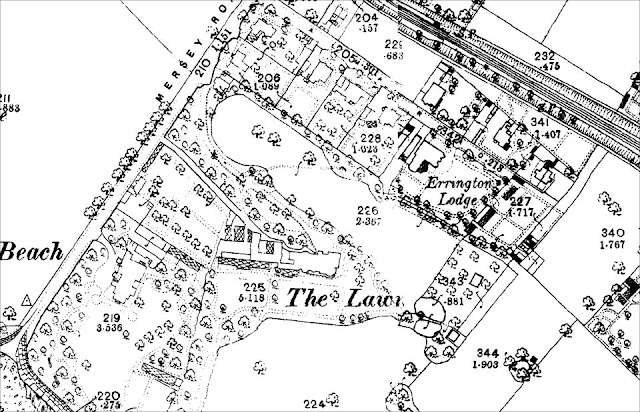 I'm Terry Jones Chair of River Oaks Residents Association in Aigburth.  We are just beginning research on the origins of 'The Lawn', a house that was situated in the woods at the bottom of Mersey Road.  The house foundations have recently been discovered and we are interested in discovering who the owners were, when it was vacated and passed to the Corporation, and of course the family history. Riversdale College was built on the site and around seven years ago Wimpey's demolished the college to build River Oaks estate.

Many thanks for any information/photos etc.

Labels: 'The Lawn', a house that was situated in the woods at the bottom of Mersey Road

We have a family photo from about 1929 which is supposed to show my grandpa Jack's garage ("Graphic Motor Works) which is adjacent to a Mitre hotel, on one side (probably the West, from the shadows), the Herald Printing Works on the other side and two doors away on the same side, "The Horse and Farrier Hotel".
We think that the photo is likely to be in Liverpool -since that is where the family had moved to at that time. We have discovered that there was a Mitre Hotel in Dale Street at that time (since rebuilt in the 1930s as the Crown and Mitre) but no directories show a Horse and Farrier or a Herald printing Works.
1929/1930 was a time of world wide depression, so businesses might not have lasted long then, so might have been absent from directories. But can anybody help locate these businesses please.
Ashley Cooper
Posted by Liverpool History at Monday, April 23, 2012 1 comment: 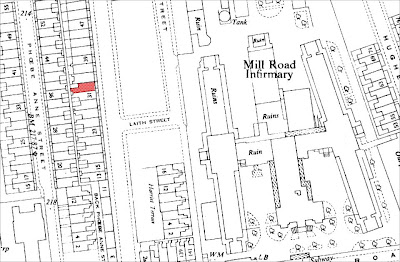 33 Queens Road 1945
Dear sirs,
I am trying to find photos of queens rd ,where my Grandad lived @ number33.
He said they were very poor ,and ate out tin cans . We know nothing of his side of the family, but the Intrnet is a wonderful tool.
In anticipation,
Derek Pugh
Litherland.
Posted by Liverpool History at Sunday, April 15, 2012 2 comments: 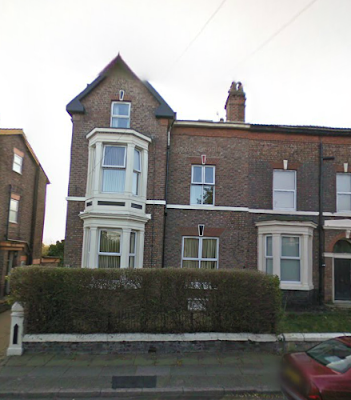 Hello Rob,
I'm looking at a goggle street view of 55 Grey Rd. Walton On Hill and assuming it was the same one there in 1880, roughly how old would it be and would it have been one house or two houses side by side? Thanks for any insight you might have.
John
Posted by Liverpool History at Wednesday, April 11, 2012 2 comments:

I seem to recall that in the 1960's / 70's, Vernons Pools/Finance Building , Scotland Road, was also home to a girls/womens hostel , yet I cannot find any record of such accommodation ever having existed , does anyone have any information which could help me find further details? 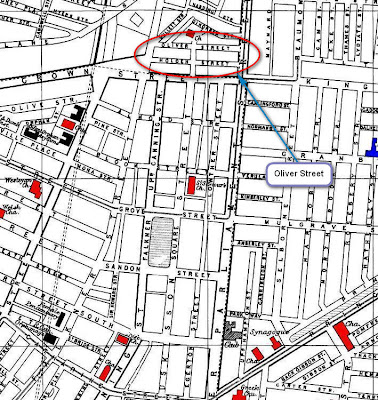 Hello,
I have an address dating about 1870, 117 Oliver st. Bondhead, Liverpool and can't seem to find where it is. Could you please help me?
Thanks,
John
Posted by Liverpool History at Wednesday, April 04, 2012 1 comment:

Hello – would be very grateful for some info! I saw on a census entry ‘worker at Oakum Works’ I have looked into oakum picking and it seems to have been carried out by workhouse inmates or by criminals largely. Do you know anything about the Oakum Works in Liverpool? Was it a private business – how did it operate? – or was it linked to the workhouse? 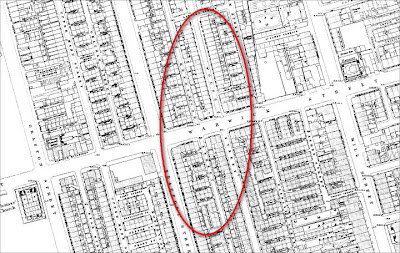 Dear Sir/Madam,
My name is Janine Ryan and I would like to know if there was ever an 84 Henderson Street or Road in Toxteth in the 1850’s. I have looked on many old maps but cannot seem to find this Road/Street.
Thank you in advance for any help you are able to offer.
Warm regards,
Janine Ryan
Posted by Liverpool History at Tuesday, March 20, 2012 1 comment: